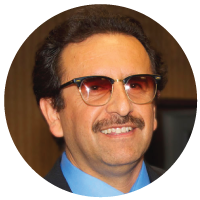 Richard Ramos has been an American Entrepreneur, and one of the most successful marketing experts in social media and software development, since 1985.  He launched one of the first full services internet companies in 1994.  Over the last 30 years, he has developed many systems for companies in USA, Europe, South America and throughout Asia.  He has consulted and contracted with governments, U.S. military and several financial institutions including Bank of America, Wells Fargo Bank, and Chase.  The systems he’s developed have generated billions for his clients around the world.

Richard’s vast background in digital marketing has created a demand for him around the world to share his knowledge as millions want to cash in on this digital gold rush.

In 2016 helped to develop an eCommerce model that grew to over 11 million members in Asia alone.

Most recently, Richard was a keynote at the Swiss Blockchain Summit in Europe where he spoke on making applications easy to use in order to reach the masses.